Rise From The Shadows | S1E4: Life Wounds Need Band-Aids Too with Angela Winner 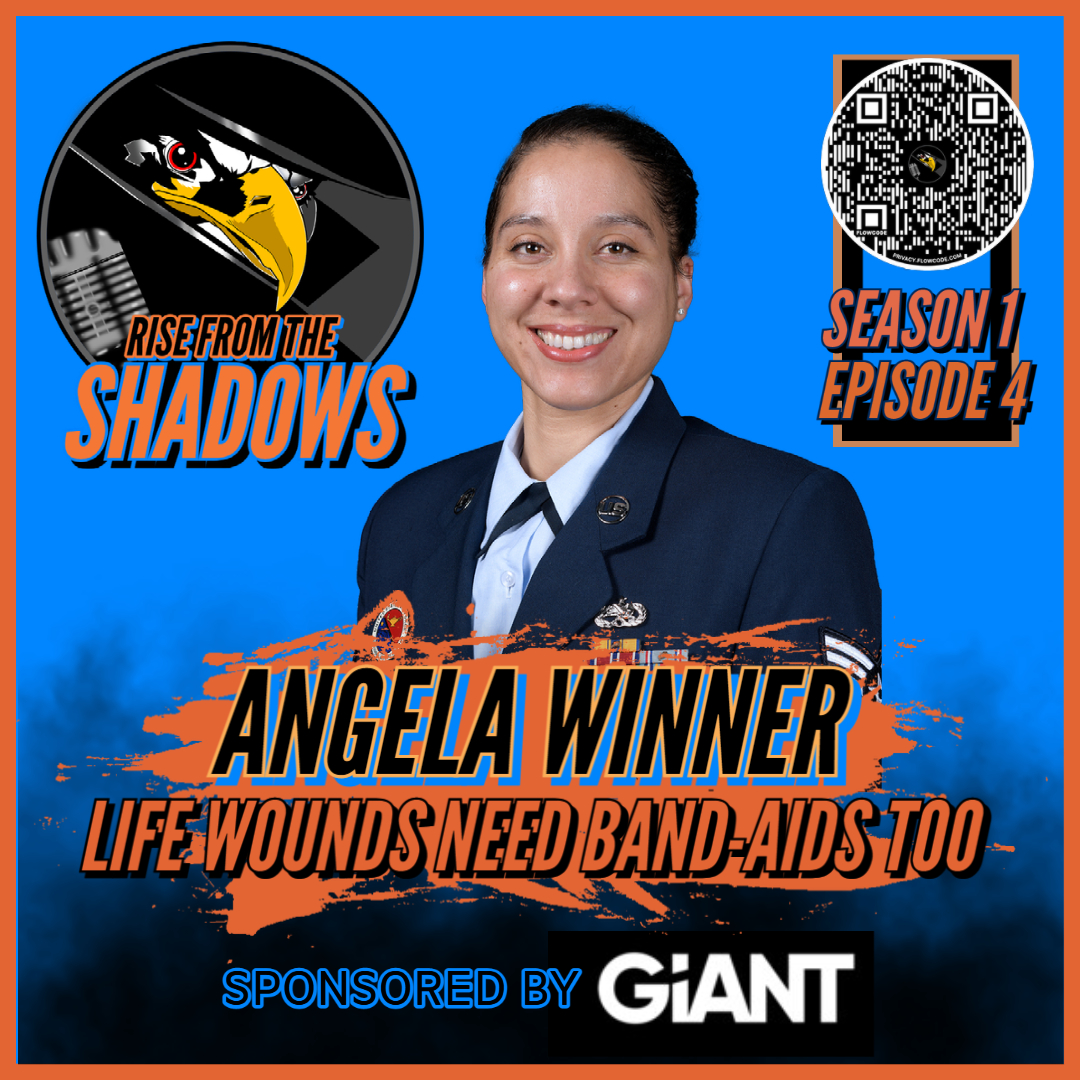 Rise From The Shadows

Angela Winner is a Noncommissioned Officer and Professional Military Instructor in the United States Air Force. She currently teaching at the Little Rock Airman Leadership School.

On this episode, Angela opens up about three lessons she picked up on as a child and how those same three lessons took on a whole new meaning after some traumatic life experiences.

Angela talks about having a rift with her father while she was trying to become more independent in her early adult years. From there she deployed in 2016 and those same life lessons clashed with stress, isolation, depression, and suicidal thoughts. It was her faith and a strong support system that got her back on track, allowing her to bounce back and while doing so, reconcile her relationship with her father before he passed away.

This emotional episode is released two days after Angela’s fathers birthday and we thank her for opening up and celebrating him on this episode of Rise From the Shadows – Life Wounds Need Band-Aids Too, now available at www.theshadowspodcast.comor https://linktr.ee/ShadowsPodcast

Rise From The Shadows Episodes