Rise From The Shadows: Behind the Mask Season 2 Finale Part II 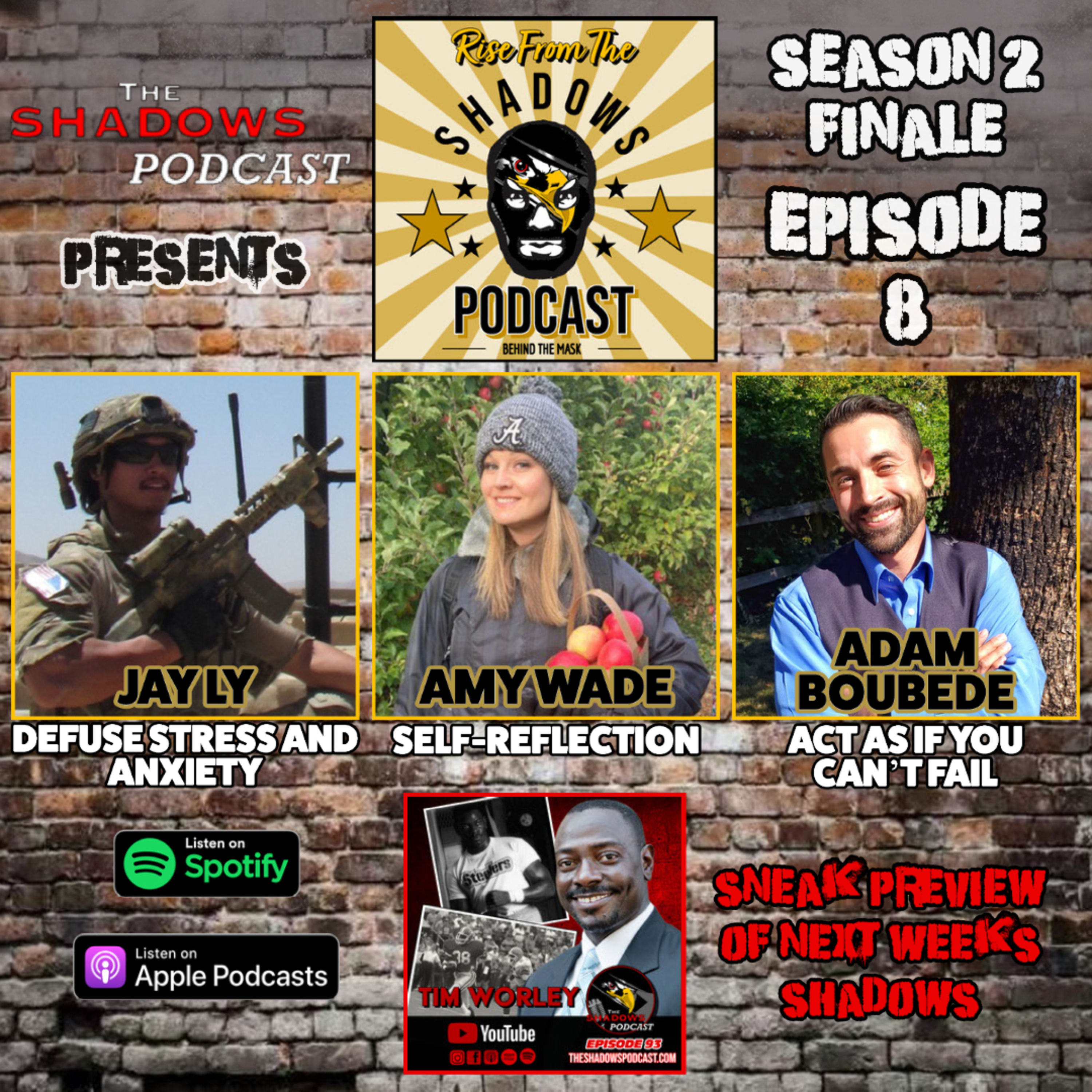 Rise From The Shadows

Part II of the Rise From The Shadows: Behind the Mask Season 2 Finale is now available at www.theshadowspodcast and https://linktr.ee/ShadowsPodcast.

(5:30) Jay Ly is the founder and President of Golden Compass LLC and is a military veteran.  Jay thought he lived and served with a purpose while having the opportunity to fight for what he believed in. He was living the dream. He was an Explosive Ordinance Disposal Technician in the United States Navy. Listen to Jay walk us through an intense moment during a deployment in Afghanistan that nearly left himself and his team of 25 dead as he was stressed and distracted thinking about his deployment pay. Jay equates this to our real lives and just as he did, we don’t recognize the time bombs around us due to our daily worries and stressors. Jay gives us some pointers on how to recognize these anxious moments and how to live a life of freedom.

(22:20) Amy Wade returns for the second straight season of Rise From The Shadows! She’s a Senior Non-Commissioned Officer in the United States Air Force and just finished her time as the Commandant at the Langley Airman Leadership School. Amy does some self-reflecting on the important connections she’s made over the course of the past three years. She also talks about the moments in time that she shared with her Cadre during their meetings around the table.

(30:56) Adam Boubede is a Senior Non-Commissioned Officer in the United States Air Force. He returns to the Shadows to discuss something that holds us back throughout life, the fear of failure. Fear is a reaction, but courage is a decision. Adam motivates us to walk a new path. He encourages us to let go of the past and act as if you can’t fail.

The Shadows Podcast returns on Monday, September 26 with an all new look and sound! Our first guest back is with former University of Georgia Running Back and the #7 overall pick in the 1989 NFL Draft, Tim Worley! At the end of this episode you can hear a sneak preview of Tim explaining the events with police officers on April 13, 2008.

Head over to our YouTube channel and make sure you subscribe and hit the notifications icon so that you don’t miss any future episodes.

Rise From The Shadows Episodes