Episode 23: The Chronicles of Shammond Williams 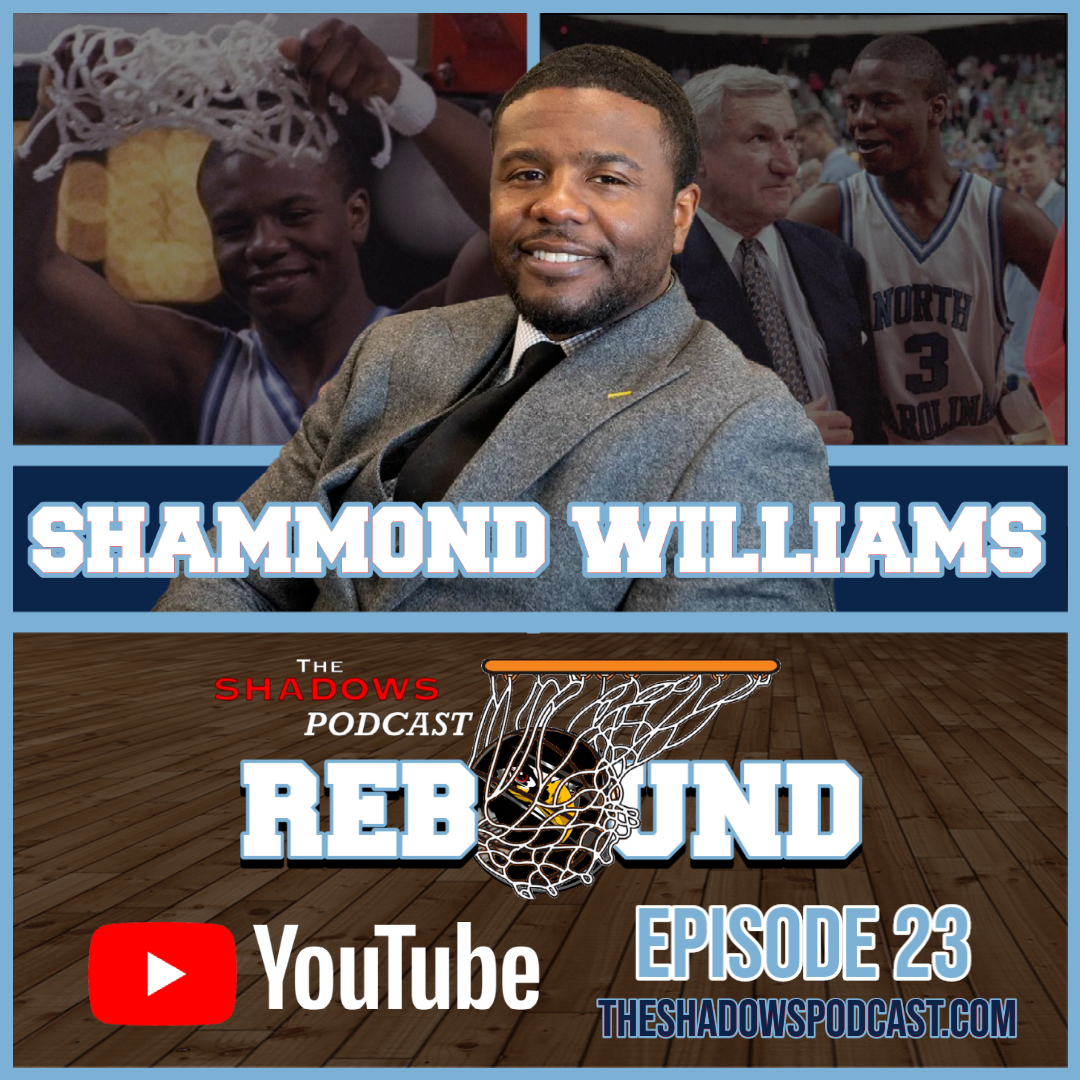 Played college basketball at the University of North Carolina for the legendary, Dean Smith from 1994-1998, the 1997 ACC Tournament and East Regional MVP and Host of the Carolina Conversation Podcast

Shammond Williams had a historic career playing men’s basketball for legendary head coach, Dean Smith at the University of North Carolina-Chapel Hill. During this episode, Shammond talks about going from not being recruited and potentially going to the University of Georgia on a music scholarship to hearing his name called during the NBA Draft.

He talks about the first time he met Dean Smith, understanding his role on the Final Four team during his freshman year and what changed about his role on the team going into his sophomore year? He discusses the importance of the Carolina-Duke rivalry and what he enjoys about not having live crowds at sporting events. What was said that pulled an 0-3 Tar Heels team together to go on a run to the 1997 Final Four? He opens up about Dean Smith’s historical 877th win, making him college basketball’s winningest coach and when and how Coach Smith broke the news to him about his retirement.

Shammond also gives a great leadership story about being the ACC Tournament and East Regional Most Valuable Player and then shooting 1-13 in the Final Four. What did it mean for him and his family to graduate college?