Episode 21: The Chronicles of Jeff Fryer 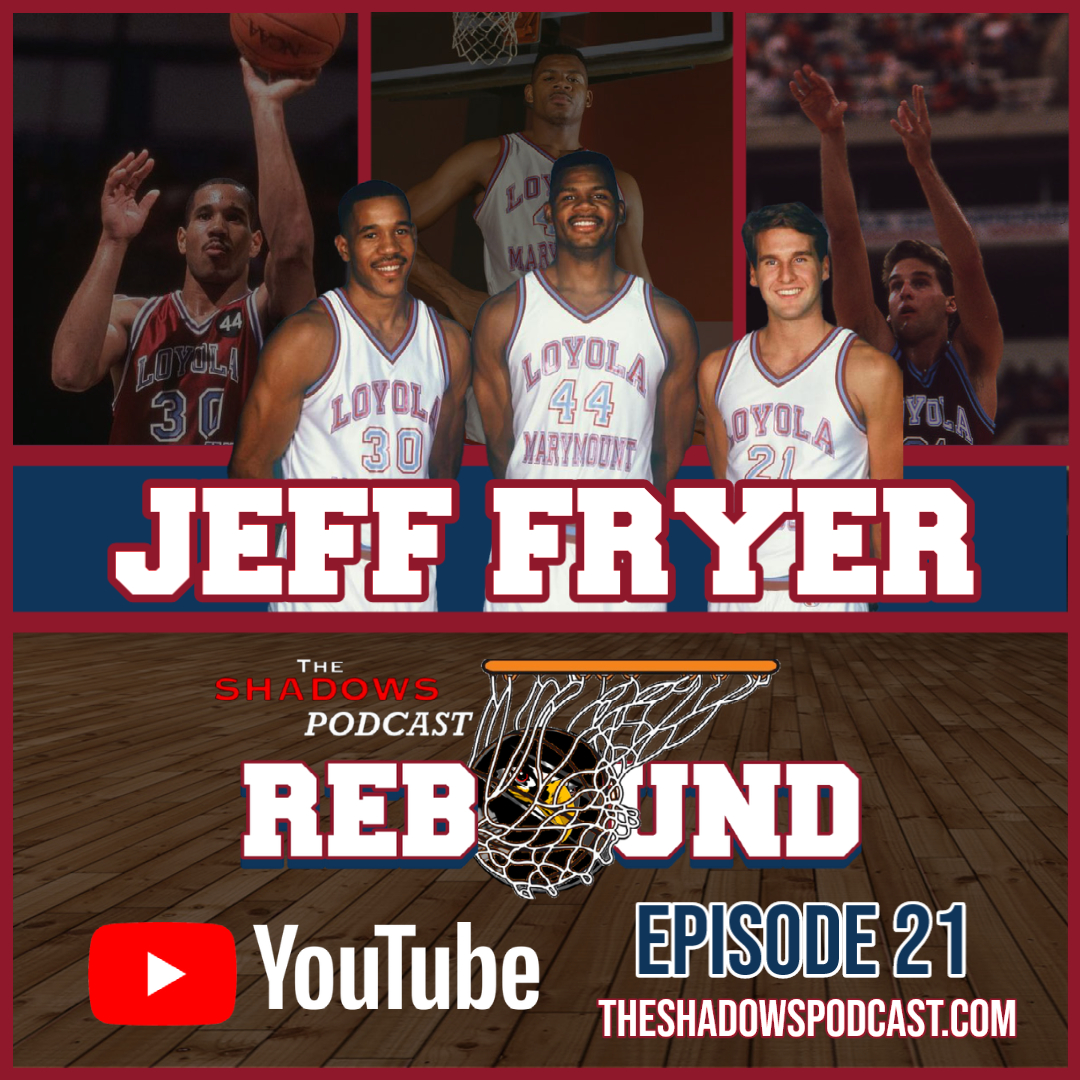 March 4, 1990, the Loyola Marymount men’s basketball team was competing in the WCC Conference Tournament and preparing for their third straight NCAA Tournament appearance. Hank Gathers connected on a thunderous alley-oop. Thirteen seconds later, he collapsed and was later pronounced dead at the age of 23.

Jeff Fryer was a starting guard on that Loyola Marymount team. Twelve days later that team had to come together and would go on to capture the hearts of the nation in one of the most memorable runs in the history of the NCAA Tournament, playing in honor of their fallen teammate.

Jeff also talks about his upbringing, being recruited by the legendary Paul Westhead, his career at Loyola Marymount, the 1990 NCAA Tournament, his professional basketball career, and stories about Hank Gathers.

Jeff also discusses all the work he’s currently doing with the Fryer Basketball Academy, their mission trips to the Philippines where they donate shoes and uniforms for the less fortunate, and he opens up about his faith.