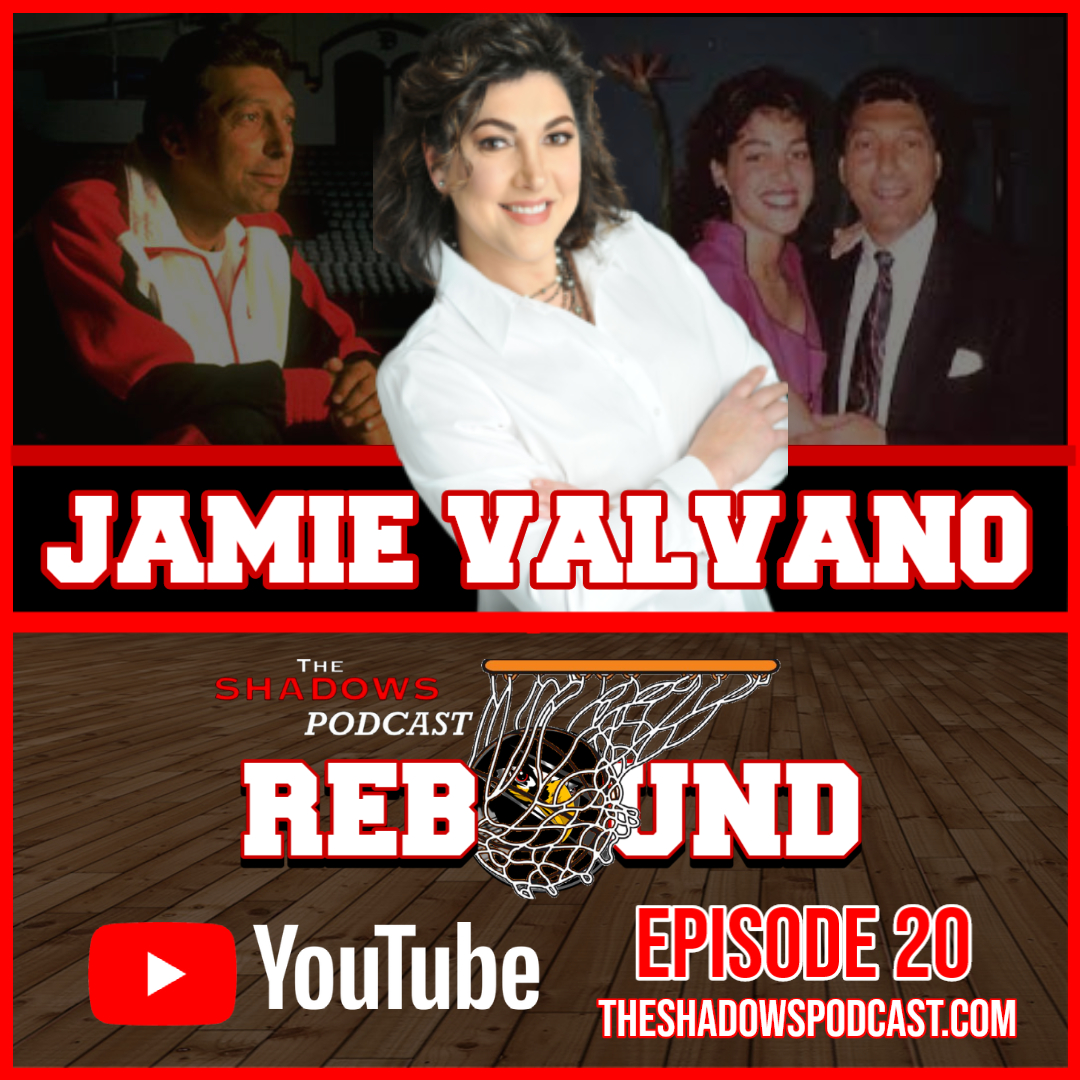 In the first half of this episode, Jamie celebrates the life of her charismatic father, the legendary Jim Valvano. She shares so many comical and emotional stories. What was it like growing up in the Valvano household? How was her father when the cameras were off? How was the adjustment from New York to ACC country? She also talks about his relationships with Dean Smith and Mike Krzyzewski. Why didn’t he accept the coaching job at Wichita State? She also shares humorous stories about hotel food, arriving to the wrong airport, her sister getting Carolina blue stitches, and his interaction with the President of the United States, Ronald Reagan.

Jamie talks about the emotional run the 1983 North Carolina State men’s basketball team made through the ACC and NCAA Tournaments. She was in attendance at the Final Four in Albuquerque, but where was she went NC State won the national championship? She also discusses the 30 for 30 and what that team meant to her father.

Then she talks about the plane ride over and the events leading to his memorable 1993 ESPY speech. And what did he say when he walked off the stage that she still cherishes to this day?

During the second half of the episode, Jamie talks about her emotional battle with cancer, ten years after losing her father. What her father said on stage during his speech that provided her hope. She also covers her incredible Ted Talk, finding your “Cutting Down the Net” moment, her three year struggle she had to overcome, her two incredible sons, and all the amazing things her and her son, Grant are doing with Bah Bam.

To find out more about Jamie, please head over to http://www.jamievalvano.com/