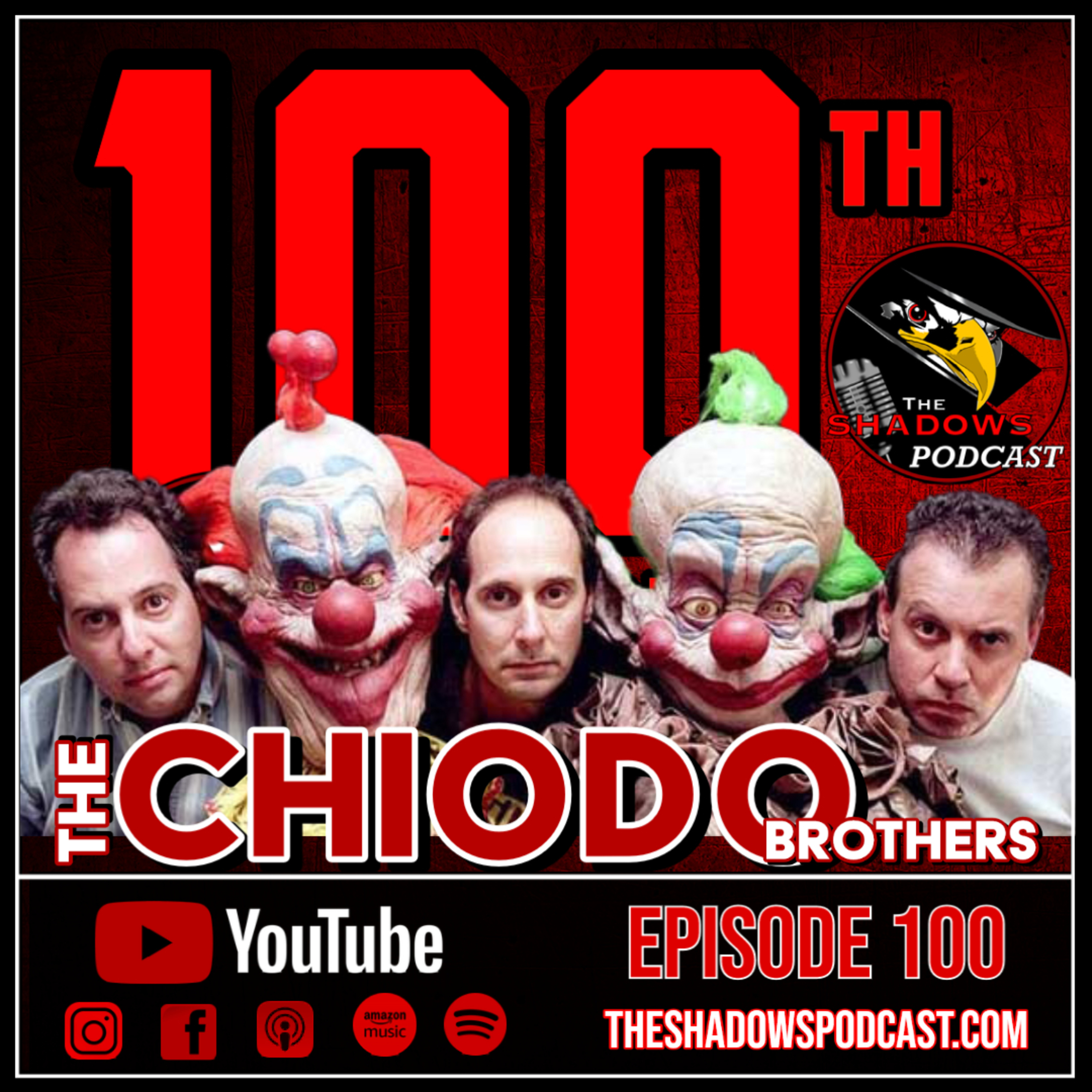 THE SHADOWS PODCAST CELEBRATES 100 EPISODES! We couldn’t think of a better way to celebrate than with master special effects artists specializing in clay modeling, creature creation, stop motion, and animatronic Stephen and Edward Chiodo! The Chiodo Brothers have worked on An American Werewolf in London, Critters, Elf, Gremlins, Killer Klowns From Outer Space, Pee-Wee’s Big Adventure, Team America: World Police, RoboCop and now they’re here to share their story on this weeks episode of the Shadows.

Charles, Edward, and Stephen Chiodo were fascinated with movies and film-making at a young age. In this episode, they discuss how they grew up in Long Island making homemade 8 mm movies with a camera projector setup. One thing led to another, and their childhood dreams of film-making eventually led them to Los Angeles and the creation of their first feature film, Killer Klowns from Outer Space. Over 30 years later, their movie is still celebrated with Universal Studio’s Halloween Horror Nights, a new video game release, and fans still celebrating their legacy.

This week we welcome Tim Worley to the Shadows Podcast! This episode is available on all podcast platforms at https://linktr.ee/S…

This week the Shadows Podcast has the honor of welcoming a United States Navy SEAL, Bill Brown! Bill helped found the annual Navy…

The Chronicles of Jaime Andrews is now available! Jaime is an award-winning actress, producer, business director, and playwright.…