Episode 51: The Tragedy and Triumph of Todd Boczkowski 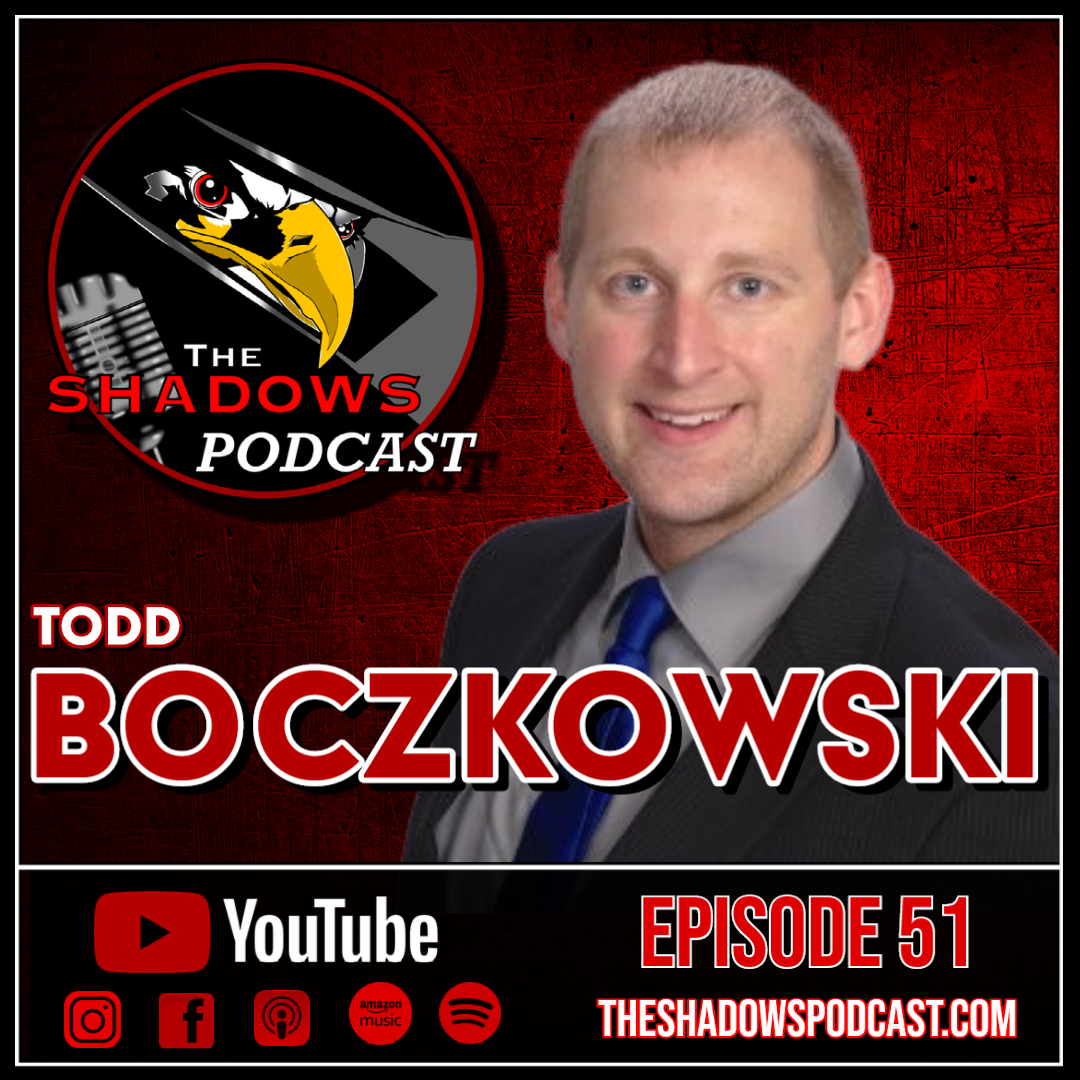 This week Todd Boczkowski joins us on an episode of the Shadows Podcast that’s filled with emotions.

Todd is a trauma and PTSD survivor, author of My Two Angels: Turning Tragedy into Triumph, an Air Force Veteran, and has been featured on several crime shows such as Forensic Files.

He also opens up about an active shooter incident that took place in Hampton in 2006, which involved saving a young boy a day before he deployed. Also, he talks about what transpired during his time in Afghanistan that that ultimately led to him deciding to separate from the military.

Todd is a remarkable success story and we appreciate him opening up during this episode of the Tragedy and Triumph of Todd Boczkowski which can be heard at www.theshadowspodcast.com or https://linktr.ee/ShadowsPodcast

Preorder your copy of Todd’s book, My Two Angels: Turning Tragedy into Triumph at https://www.toddboz.com/launch46844766